It is not always easy to be objective about the quality of your own work, so we are grateful to independent juries for...
Read More 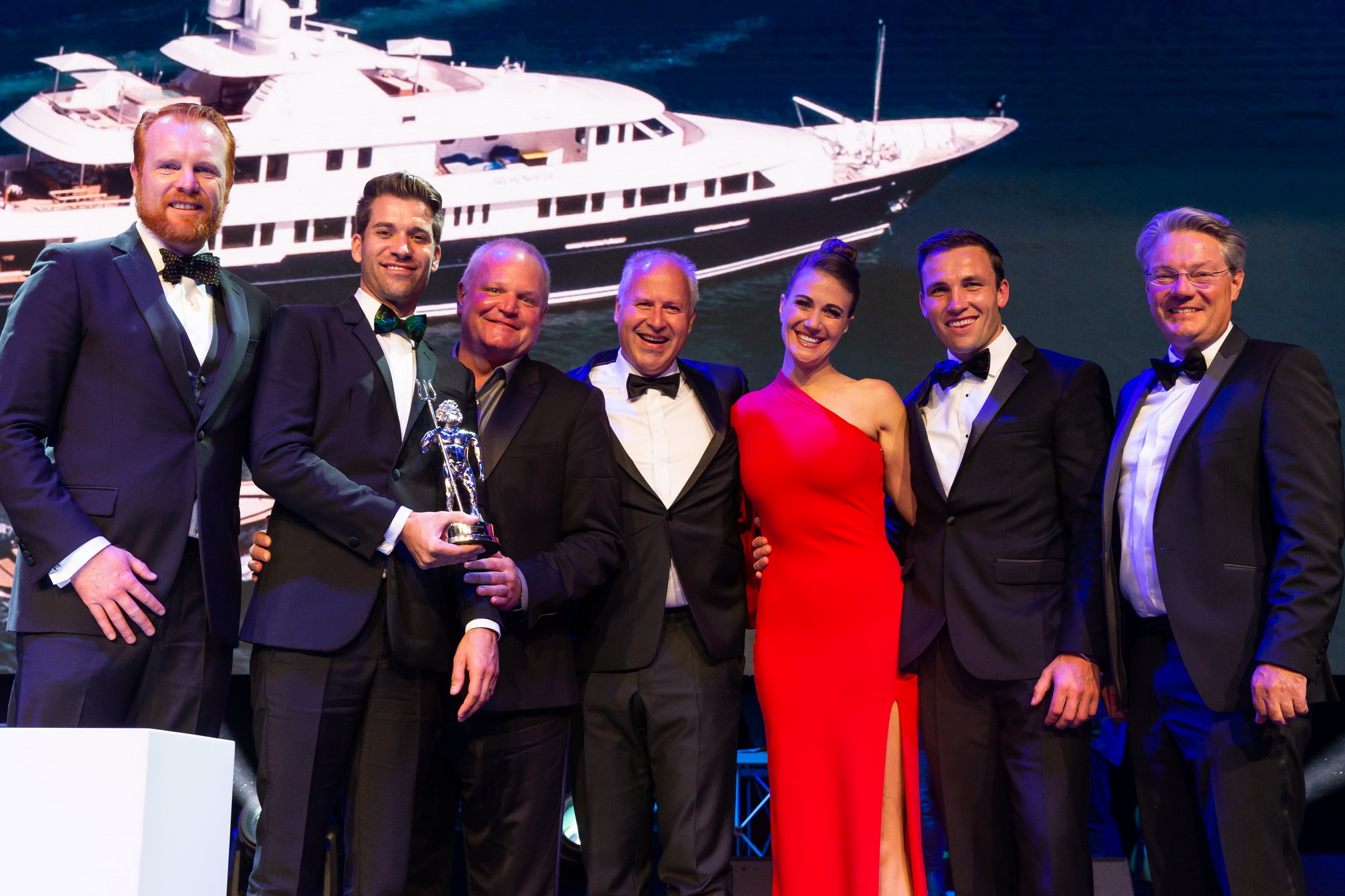 It is not always easy to be objective about the quality of your own work, so we are grateful to independent juries for...

…providing an unbiased measure of achievement. The team at Royal Huisman and Huisfit is delighted to have been honoured with the prestigious “Best Refitted Yacht” award for BROADWATER, at an exclusive ceremony during the 16th edition of the World Superyacht Awards in Monaco. Warmest congratulations to the owner, owner’s team and designer of BROADWATER, and grateful appreciation from Huisfit’s team for this recognition.

BROADWATER left the facilities of Royal Huisman Amsterdam in 2020 following a major conversion by Huisfit. The classically-styled motoryacht was originally built in 1994 as Rasselas by Feadship. The scope of the conversion at Royal Huisman’s dedicated division for superyacht refit, rebuild and renewal, varied from various upgrades to the yacht’s comfort and aesthetics, both inside and out, to changes relating to classification requirements. The brief from BROADWATER’s experienced owner was that his yacht was to be converted into a “modern and liveable home away from home” with charter capability.

The new exterior and interior styling was created by the talented yacht designer Adam Voorhees, who was inspired by the owner’s input to define an abundance of desirable modifications. Peter Wilson of MCM Newport assisted BROADWATER’s owner with the selection of the shipyard and subsequently oversaw the conversion project, which benefitted from one of the heated halls at Royal Huisman’s non-tidal deep water site located at just 15 minutes from Amsterdam Schiphol airport.

During last year’s World Superyacht Awards the shipyard team was equally thrilled to receive the “Best Rebuilt Yacht” award for the restoration of the Herreshoff schooner VAGRANT by Huisfit.

An overview of awards in recent years can be found on the Royal Huisman website [click here]. Jan Timmerman, CEO of Royal Huisman adds: “On behalf of the whole team I would like to say how honoured we all feel on receiving with this award. At the same time and although we have received more than a fair share of such recognition, we are not planning to lean back following this success. Our reputation as a shipyard is only as good as the quality of our next project.”